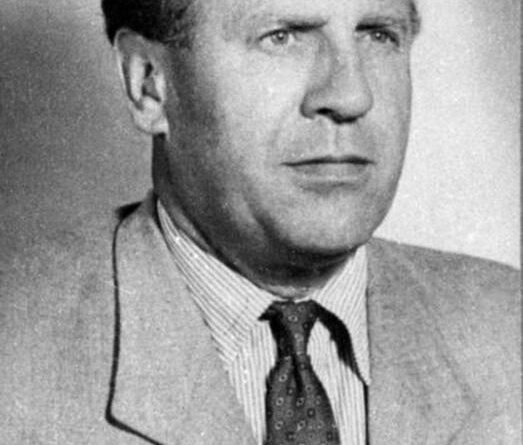 To escape being captured by the Russians, Schindler and his wife escaped westward in their vehicle, a two-seater Horch, with a diamond secretly stashed by Oskar under the car seat. Initially, the Schindlers travelled with several fleeing German soldiers riding on the running boards. A truck carrying Schindler’s mistress Marta, several Jewish workers, and a load of black market trade goods followed behind.

The Horch was confiscated by Russian troops at the town of Budweis and the Schindlers were unable to recover the diamond. They continued by train and on foot until they reached the American lines at the town of Lenora, and then traveled to Passau, where an American Jewish officer arranged for them to travel to Switzerland by train. They moved to Bavaria in the fall of 1945.

By the end of the war, Schindler had spent his entire fortune bribing people purchasing black market supplies for his workers.

Oskar  moved briefly to Regensburg and later Munich, but he did not prosper in postwar Germany. He was virtually destitute. In fact, he was reduced to receiving assistance from Jewish organizations.

In 1948 he presented a claim for reimbursement of his wartime expenses to the American Jewish Joint Distribution Committee. He estimated his expenditures at over $1,056,000, covering the costs of camp construction, bribes, and expenditures for black market goods, including food. He received $15,000 reimbursement.

Schindler emigrated to Argentina in 1949, where he tried raising chickens and then nutria, a small animal raised for its fur.

Memorial plaque on the house where Schindler lived in Regensburg.

When the business went bankrupt in 1958, he left his wife and returned to Germany, where he had a series of unsuccessful business ventures, including a cement factory. He declared bankruptcy in 1963 and suffered a heart attack the next year, which led to a month-long stay in a hospital.

Remaining in contact with many of the Jews he had met during the war, including Stern and Pfefferberg, Schindler survived on donations sent by Schindlerjuden from all over the world.

He died on 9 October 1974 and is buried in Jerusalem on Mount Zion, the only member of the Nazi Party to be honored in this way.